Extensive work done by club this summer in Howe Sound 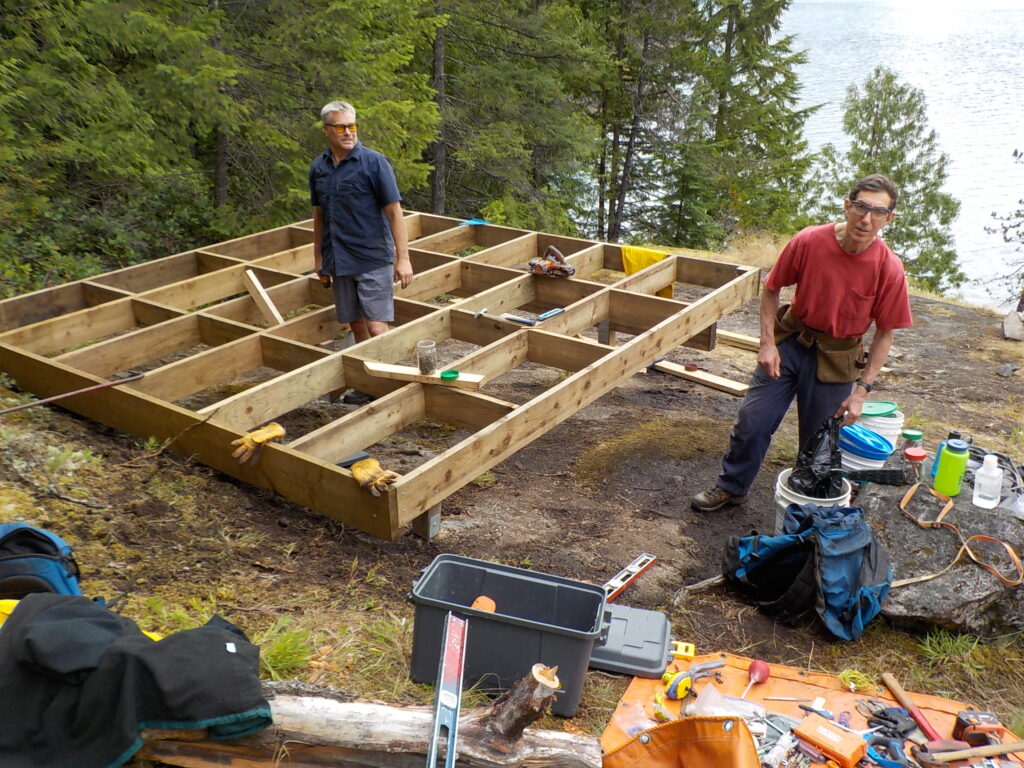 2020 has seen a number of significant projects at the Howe Sound Recreation Sites. The first was the completion of the volunteer-built prototype Bain Creek composting toilet, and work on the access trail. We will be evaluating the performance of this toilet prototype as it gets used.

It was then decided to proceed with contractor-built toilets at all four remaining sites, based on an adaptation of the two-chamber composting toilets used on the Sunshine Coast Trail (based in turn on composting toilets on the Appalachian Trail). The first of these was completed at Tantalus Landing in early June. At the same time, a large, dangerous granite flake was scaled from a cliff above the boat run by a rock climber/scaler; a hazard tree was felled; a new camping area (“The Penthouse”) opened up above the existing clearing; and rock steps were built to access the new area.

The second of these toilets was competed at Islet View at the end of June. The contractor also used his chainsaw skills to push a trail through to a new camping area on a plateau at the west end of the site. A follow-up volunteer work party kayaked to the site, built rock steps on the new trails and leveled two tent pads in the new camping area. A similar toilet was completed at Ramillies Channel at the end of September. Still to come is the same again at Thornbrough Channel, starting early October.

The latest project is a tent platform on the high rock bluffs at Thornbrough Channel. Materials had been dropped off at the site last fall. In early August, a crew of three club volunteers camped at the site and built the framework. The decking was fastened down and stained in a follow-up work party. There is a fine view indeed from this lofty perch!

This entry was posted in conservation, general interest. Bookmark the permalink.