SKABC and the new Marine Trail in Howe Sound

As representatives to the BC Marine Trails initiative, interested SKABC members are continuing to survey information, land, and sea to retain and establish accesses, day use sites and campsites in and around the whole of Howe Sound as well as all coastlines of BC. Within the last few years,  the well- funded and widely supported  Canada Trails became  interested in establishing a marine trail from Squamish to Horseshoe Bay to divert around  a more difficult land route between these two nodes.  As this enterprise was an obvious direct parallel to the BC Marine Trails purpose, we were enthusiastic to support and ride on the coat-tails of whatever could be achieved in the relatively short time frame that was proposed.

To this end, several years ago SKABC marine trail reps Nick Heath and Mick Allen took  project manager Gordon McKeever on a motorboat tour to show locations that we had both been identified  and visited around the inner portion of Howe Sound. From this and subsequent work by ourselves (initial work and interaction), Canada Trails reps, and Recreation Sites and Trails BC,  a new Canada Trails ‘Sea To Sky’ marine trail is imminent. The new sites proposed will also be BC Marine Trail sites.  Moreover, this marine trail will also be  a small part of a larger complete Howe Sound Marine Trail which of course is a small part of the massive BC Marine Trails initiative - that the SKABC has been  enthusiastically supporting and its members  engaged in for years. 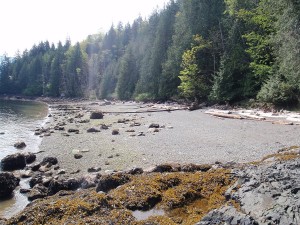 As a back ground to this, (you probably all have felt this as well to some degree while out there) but it is just so much fun and adventure poring over maps, google earth, trip reports, guide books and then on the water searching to try to find partially suitable, suitable, spectacular or even marginal locations. . . . and this was especially so in Howe Sound where one would think that because of development and proximity to the lower mainland that ‘new’ locations would be highly unlikely to be found let alone be quickly established as marine trail Recreation Sites (by RSTBC)! 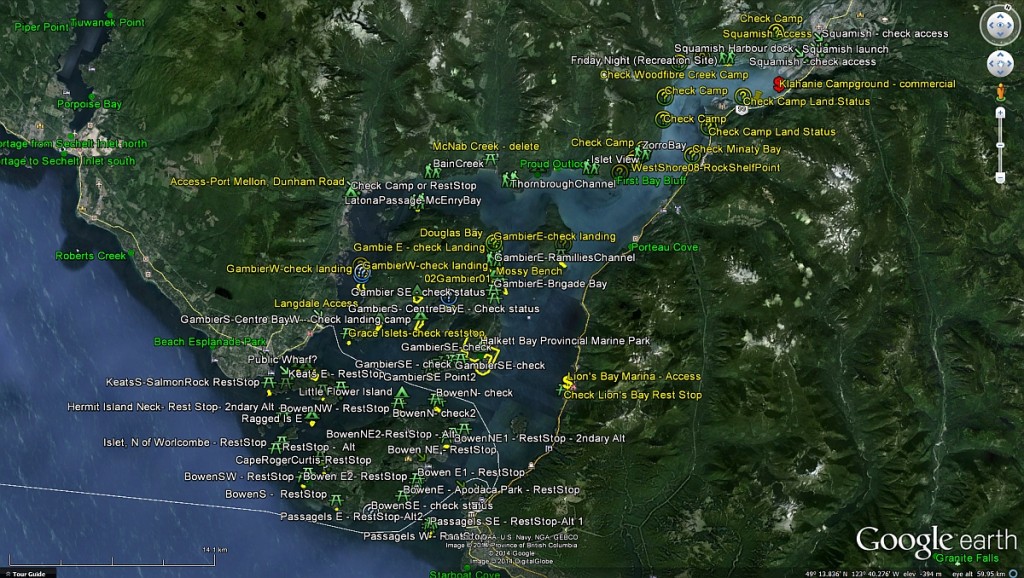 Click this map for a larger view. Finally, here are more details about the proposal:  The Sea to Sky Trail (PDF). Thank you Mick Allen for passing this info along!

This entry was posted in conservation, trip planning and tagged BCMTNA, camping. Bookmark the permalink.