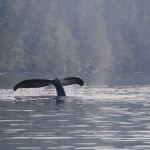 Who’s out there?  Wild Whales of the West Coast

“PHHOUGHT!,” an explosion of breath breaks the silence and suddenly you realize you are not alone on a paddle.  23 species of cetaceans have been recorded off the coast of British Columbia and on Tuesday, January 7th you’re invited to join Caitlin Birdsall of the BC Cetacean Sightings Network for a Whale 101 to get to know our aquatic neighbors.  From the petite harbour porpoise to the massive fin whale, we’ll investigate cetacean diversity through a multi-media presentation featuring acoustic recordings and video. 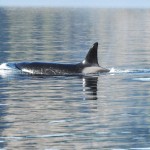 Uncover their unique natural histories, the threats they face, and how coastal citizens can participate in stewardship and research through the Sightings Network. This talk will also cover guidelines for kayakers on how to paddle around cetaceans to reduce disturbance.

There will be a draw at our first meeting for those people interested in a chance to have Alana Orr help tweak your boat at our February meeting. (information to follow)

The meeting is at the Vancouver Museum/Planetarium. Doors open at 7:00, meeting at 7:30. Public welcome! For now, there’s a great YouTube video of a huge pod of Orcas in Active Pass. Go to YouTube Video 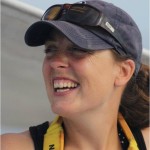 Caitlin Birdsall is an educator and biologist focusing on marine conservation issues in B.C. She is currently the Coordinator of the Vancouver Aquarium’s B.C. Cetacean Sightings Network, a project that collects sightings of whales, dolphins, porpoises and sea turtles from the coast of British Columbia to better understand their occurrence and distribution. She holds a BSc in Wildlife Biology from the University of Northern B.C. and is a certified Heritage Interpreter. She has worked as a research assistant, naturalist, and educator in the Philippines, Australia, Central America and throughout British Columbia.  She first fell in love with studying the ocean during her childhood summers in the Gulf Islands.