Club member James Manke is an International Greenland Kayak Instructor living in Victoria who travels around the globe teaching Greenland and traditional kayak related skills. He teaches rolling, surfing and rough water clinics along with a wide range of skills building clinics.

James will be showing his adrenaline raising film on the very first full decent down the Grand Canyon with a fully loaded sea kayak and Greenland paddle unsupported. 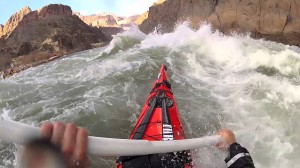 Honestly when you see the film, you are going to feel as if you are paddling full tilt through some very scary water in the Grand Canyon. It’s like being on a roller coaster ride! Grand Canyon Quick Clip

James is an active member of the world class sea kayak group; The Hurricane Riders who seek out some of the largest conditions for sea kayakers, as well as helping improve the sport promoting Safety, Skill and Fun.

James has been in Greenland for the National Greenland Kayaking Competition as one of the first members of Team Canada to ever compete in Greenland. While he was there he filmed the experience to make a documentary on the competition. His aim to help spread awareness of a culture once lost.. the heart and soul of a sport loved and valued by so many today… kayaking 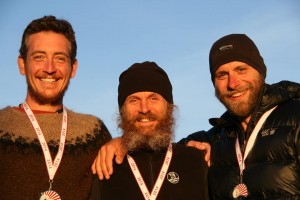 “What we observed very quickly was that the main objective and purpose of the event is to inspire the next generation. The kids events were by far the main attraction and for good reason.” – James Manke
“The cool part was they allowed us to compete directly against the traditional class which made our experience so incredible” – James Manke

Last year James taught kayaking in Japan, the USA, across Chile and across Canada. As a full time kayak instructor he spends approximately half his time travelling, teaching and inspiring others while the other half is teaching in local waters, around and across BC.  While James is with us in Vancouver he will be running private and semi-private clinics during the day. He can be contacted by mailto:james@qajaq.ca for details.